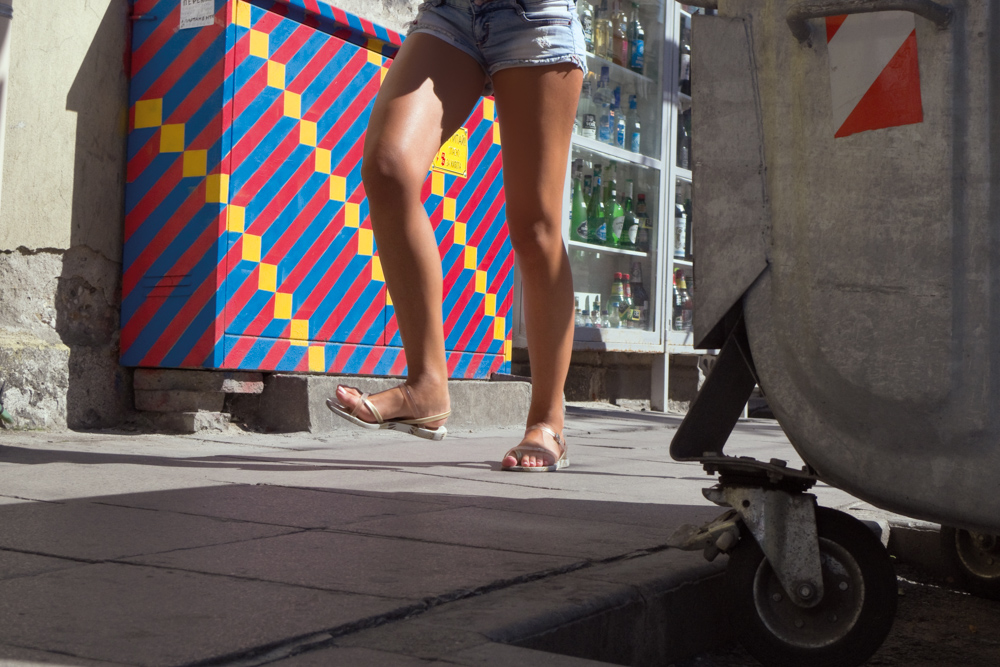 Even the casual walker through the streets of Sofia will immediately notice the many eyesores dotting the city. Death notices and small ads compete for space on lamp posts. Derelict buildings cohabit with rusty newspaper stands and stalls of street vendors selling cheap socks and underwear. Rubbish blooms in the planters originally meant for greenery.

And there are the tin electricity transformers, whose yellow signs "Attention! High voltage!" are often barely visible under the tags of teenagers and the ads of people who buy red rosaries, sell young Chihuahuas or want to rent an apartment in the area now.

There is a street in Sofia, however, where 51 transformers look very different. It is one of the longest streets in the centre of the capital and is officially called Georgi S. Rakovski, after the 19th Century revolutionary. Most people, however, call it simply Rakovska. 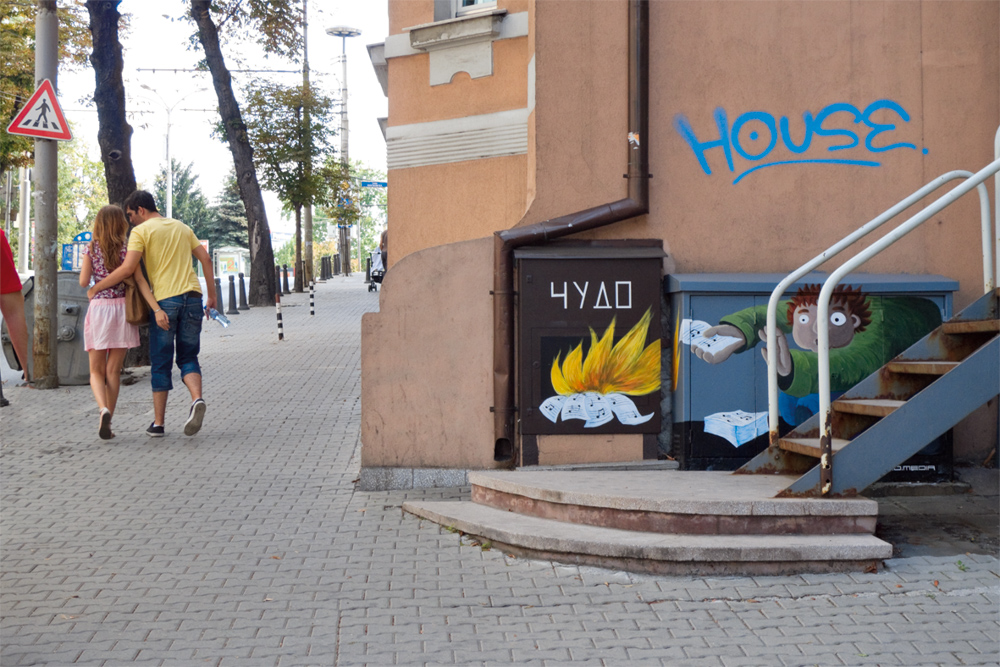 Rakovska may be considered the artistic spine of Sofia. On and around it there are dozens of theatres, galleries, restaurants and bars, covering a wide range from posh to kitsch to chalga. Add in its narrowness, its central position and its minute pavements, and you end up with one of the liveliest places in Sofia, which only falls quiet in the early morning hours.

The transformers on Rakovska were – well – transformed over several days by young Bulgarian streets artists as a part of the "Theatre Street" action organised by the Transformatori Movement. This group unites young architects, artists and students and has been initiating space-transforming activities in Sofia for several years now. Working on an open basis, the group announces a project – often with the support of the Sofia Municipality – and invites artist to join in. So far, the movement has placed 11 pianos on some of Sofia's busiest spots and organised days where car parks were turned into gardens. It has attempted to initiate a debate on the future of the 1,300 Years of Bulgaria Monument, known as the Fallen Messerschmitt (read more here). The list of activities is long and is best viewed on Transformatori.net.

The action on Rakovska is the second of its kind, the brainchild of a 2011 revamping-of-transformers campaign on Shishman Street. 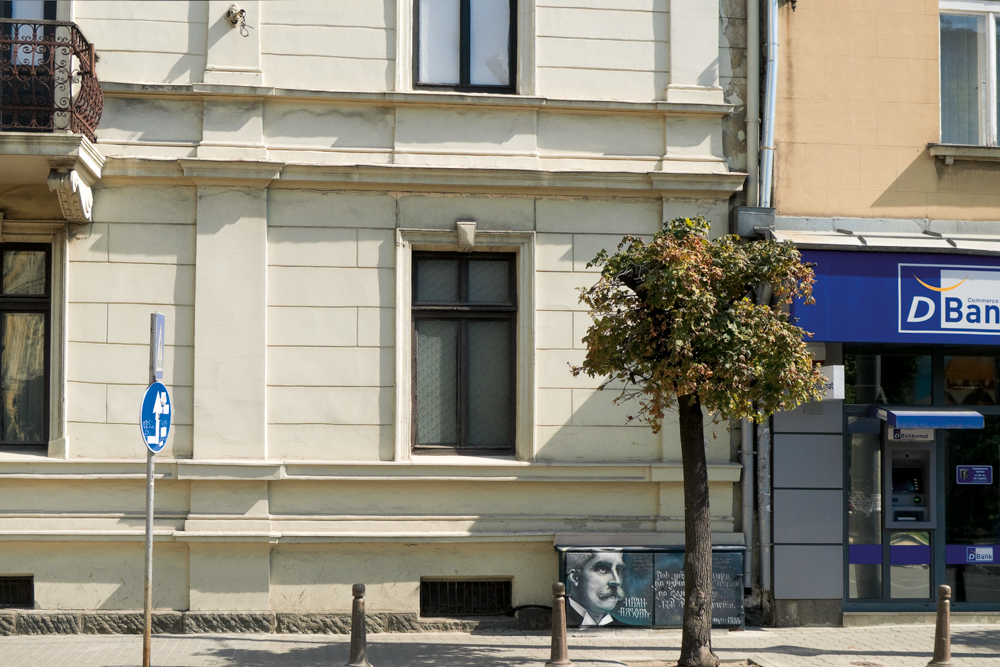 Named "Theatre Street," the project exploited the most popular face of Rakovska, often called "The Sofia Broadway." As a result, well-known actors appeared on the transformers, along with depictions of theatre scenes and Caliban himself. The final result is much more diverse, as you come across transformers hinting at police brutality, American foreign policy, alienation in a large city, or just a pure love for the art of Mondrian.

The cooperation of the owner of the transformers, the CEZ electricity company, was readily given. The company offered technical support and guidance on safety issues. Its only stipulation was that the artist should not cover the "Attention! High voltage!" signs and should leave the boxes intact, ready to be opened in case of emergency.

This was done. Art and electricity united, making the busy street a little more friendly for passers-by. The impact of the project is easily seen. The people who write tags and post notes announcing that they sell Chihuahuas, buy red rosaries or have an apartment for rent in the area have not yet defaced the painted transformers. 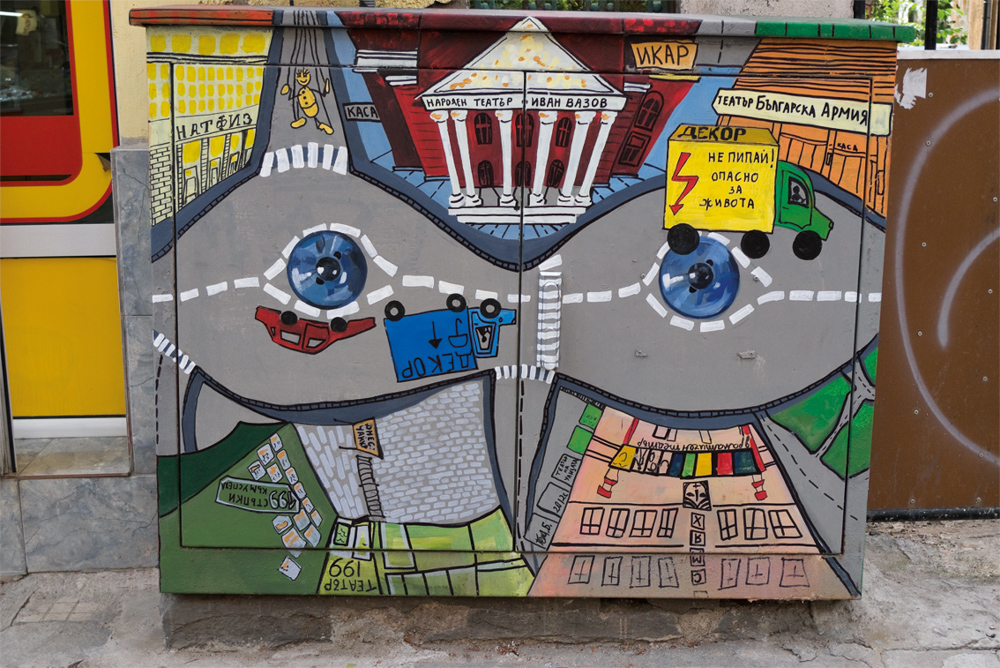