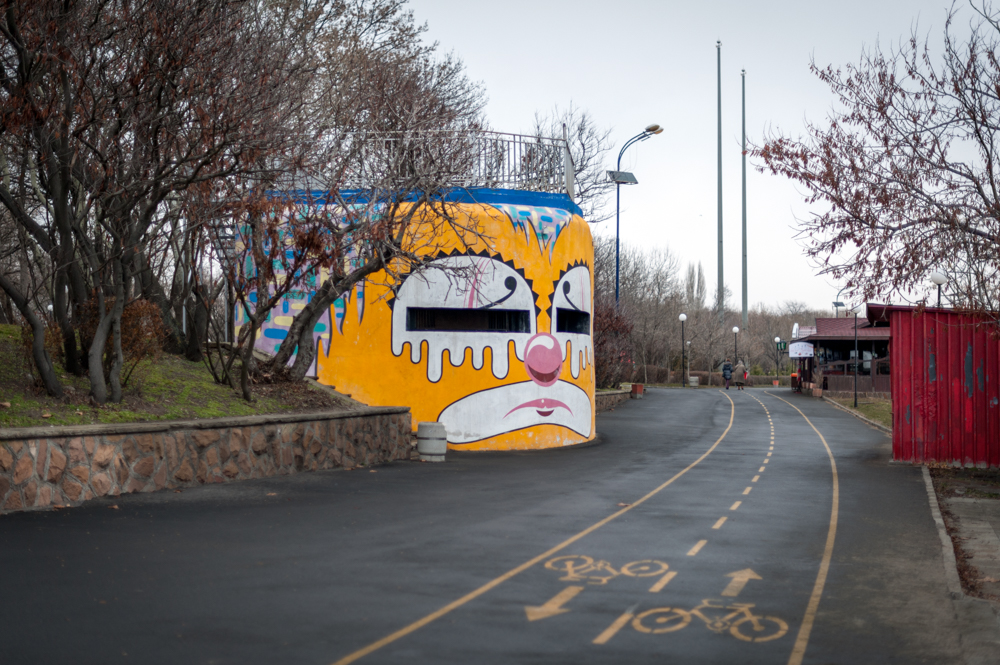 Once this bunker was on the outskirts of Burgas but it is now inside the city's famed maritime garden. For many years it lay abandoned and was used as a unofficial public convenience. Now it has been turned into a café

After a few weeks in Bulgaria expats and visitors alike who take more than a passing interest in the obvious attractions of the country are bound to have noticed the enormous number of ruins all over. In fact, Bulgarian Communist-era ruins can be so overwhelming that to make sense of them it helps to split them into a number of subcategories: industrial ruins (plants and factories that ceased to exist post-1989), farming ruins (remnants of collective farms and facilities), and urban ruins (abandoned or never-completed buildings in towns). Then there are the village ruins (former cinemas, public buildings or houses belonging to people who died or emigrated years ago), and the military ruins (former Warsaw Pact barracks, silos, command centres and even airfields). All of those belong to the time of Communism, which Bulgaria had to live under from 1944-1989.

However, along the Black Sea coast all the way from the Romanian border to Turkey you can see a very different kind of military ruins: concrete bunkers that in actual fact have nothing to do with Communism.

Welcome to the rarely talked about period of Bulgaria's alliance with Nazi Germany, which started in the early 1930s, when Hitler rose to power, led Bulgaria into the Second World War, and ended with the 9 September 1944 Moscow-backed coup that established the kind of hardline Communism that dictated everything in this country until the fall of the Berlin Wall. 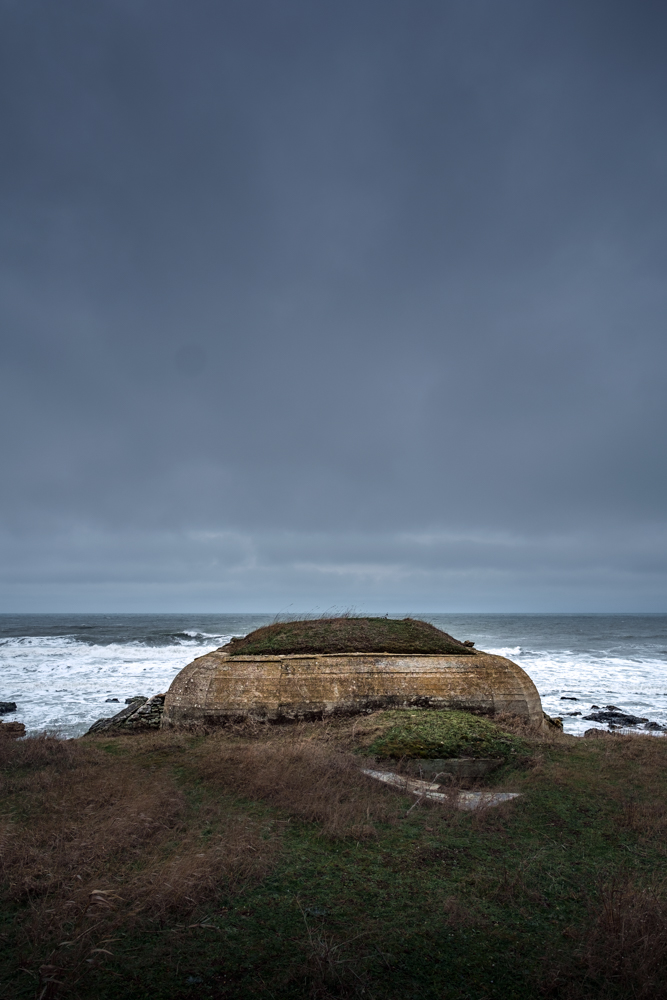 Located just south of Shabla lighthouse, which was erected in the 19th century and is still in use, this bunker has been abandoned for many years. At one time the whole area was off limits owing to Communist-era artillery and navy facilities

Like most other European states that fell into Hitler's grasp, the Kingdom of Bulgaria had been unhappy with the outcome of the First World War. In fact the Great War resulted in what historians still refer to as a "national catastrophe." Bulgaria lost significant portions of land, notably what is now the Republic of North Macedonia, Romanian Dobrogea, bits of northern Greece and some lands in southern Serbia. Tens of thousands of ethnic Bulgarian refugees poured into the Bulgarian hinterland, and in turn Bulgaria expelled tens of thousands of ethnic Turks and Greeks who left for Turkey and Greece respectively. This huge migration of people crossing borders, often carrying little except a few personal belongings, left permanent scars on the national consciousness, some of which remain to this day.

In the 1930s Bulgaria's economy became increasingly dependent on Germany. In Sofia, King Boris III became more authoritarian, and disbanded all political parties. Still bitter over the losses suffered a few decades previously, Bulgaria was an easy prey for Hitler's cunning and aggressive policies. Led on by German promises of retaliation against its neighbours – Yugoslavia, Greece and Turkey – and encouraged by the 1940 Treaty of Craiova, which mandated the return of southern Dobrogea from Romania, Bulgaria became an ally of the German-dominated Axis. German troops and civil engineers arrived in Bulgaria. They were met by Bulgarians who appeared at that time to be at least as enthusiastic as they would be four years later when the Red Army marched into the country. 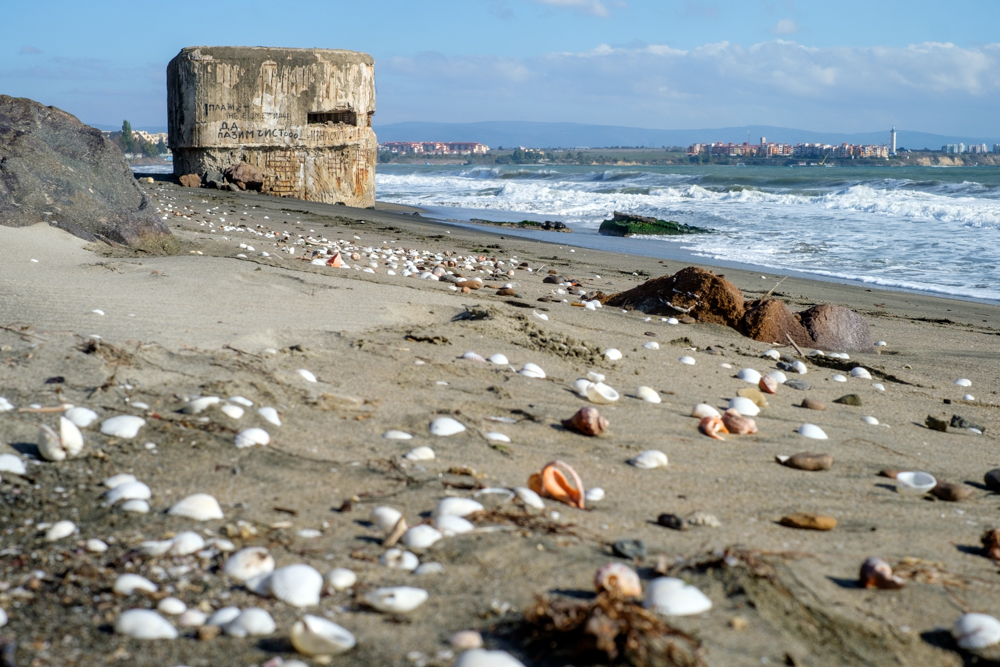 Aheloy and Pomorie are connected by a long beach that has been little visited because access to it is difficult. Right in the middle there is this bunker, defying both the harsh sea waves and the huge overconstruction of recent years

The Germans left a legacy of construction that can still be seen across Bulgaria. Built in the distinctive early-20th century German style, many schools and hospitals left over from these times are still revered for the quality of their workmanship. Many are still in use.

One lesser known aspect of the German construction effort in the Kingdom of Bulgaria is the dozens of bunkers that still dot most of the Bulgarian Black Sea coast. They were erected mainly in 1942-1943, when Bulgaria was technically at war with both Britain and the United States, and their main purpose was to serve as a defence line against what the German and Bulgarian military commanders thought would be a likely Soviet landing on the Black Sea coast.

In actual fact, despite being a German satellite and at war with the Allies, Bulgaria never declared war on the Soviet Union. Consequently, that landing never materialised. In September 1944 the Red Army marched unopposed into Bulgaria through Dobrogea and the River Danube.

After the establishment of Communism in Bulgaria the bunkers were initially used as outposts by the Bulgarian People's Army, but their strategic significance was quick to wane. For decades they have just been abandoned: sordid pointers to a past few want to remember but significant to anyone with an interest in 20th century European history. 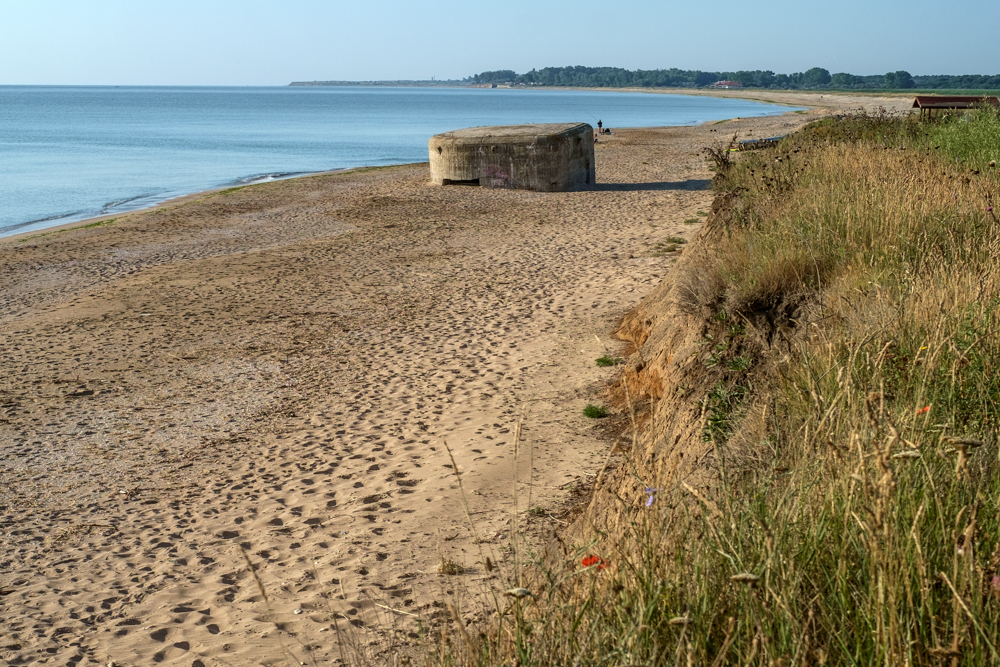 Located right on the long beach near the village of Ezerets, a few miles south of the Romanian border at Durankulak, this WW2 bunker lies half-buried in the sand

Once a distinct village south of the town of Nesebar, a UNESCO world heritage site, Ravda is now practically connected to it through a labyrinthine network of hotels, guesthouses and restaurants built along the coast. This bunker, right on one of Ravda's beaches, has been abandoned for years 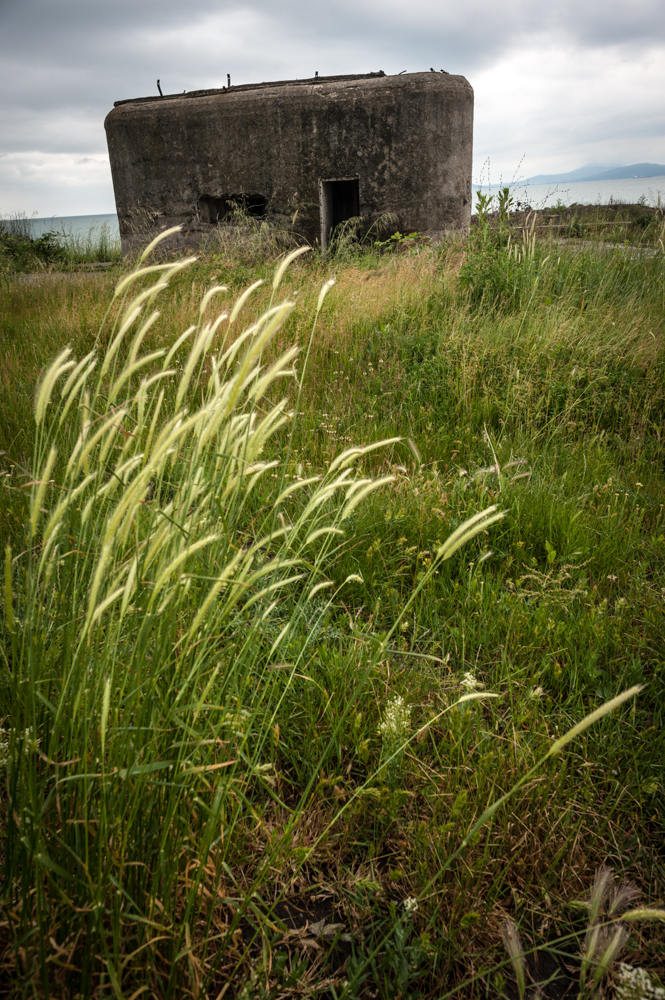 Home to Burgas International Airport, Sarafovo, just north of Burgas, has seen plenty of holidaymakers in recent years. Once a tiny seaside village, it has now become one big development of hotels and holiday homes. This bunker is by the seaside cycle path that connects the former village to the city of Burgas 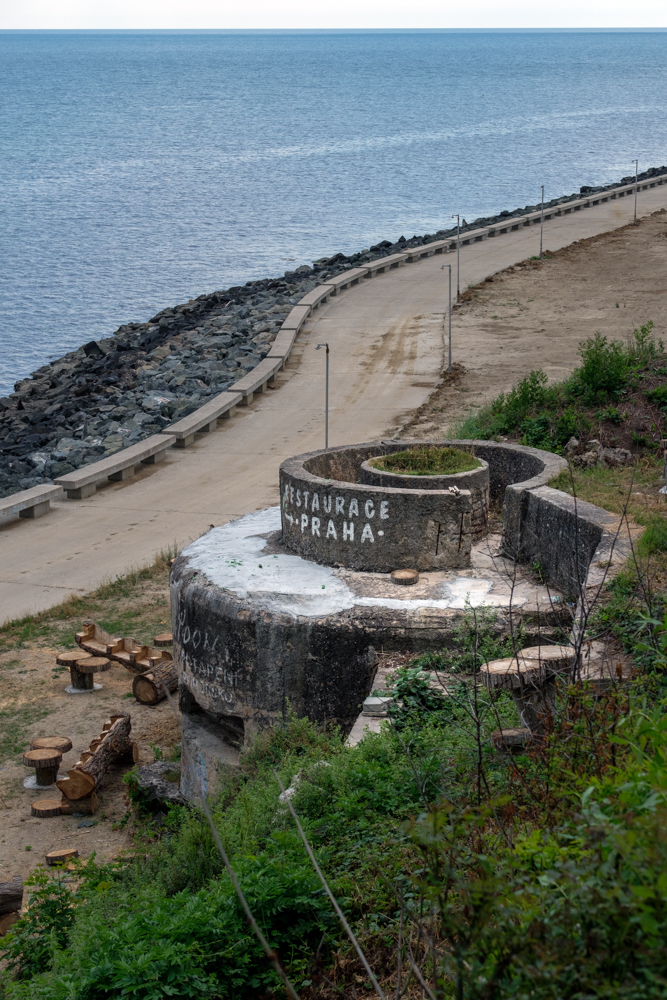