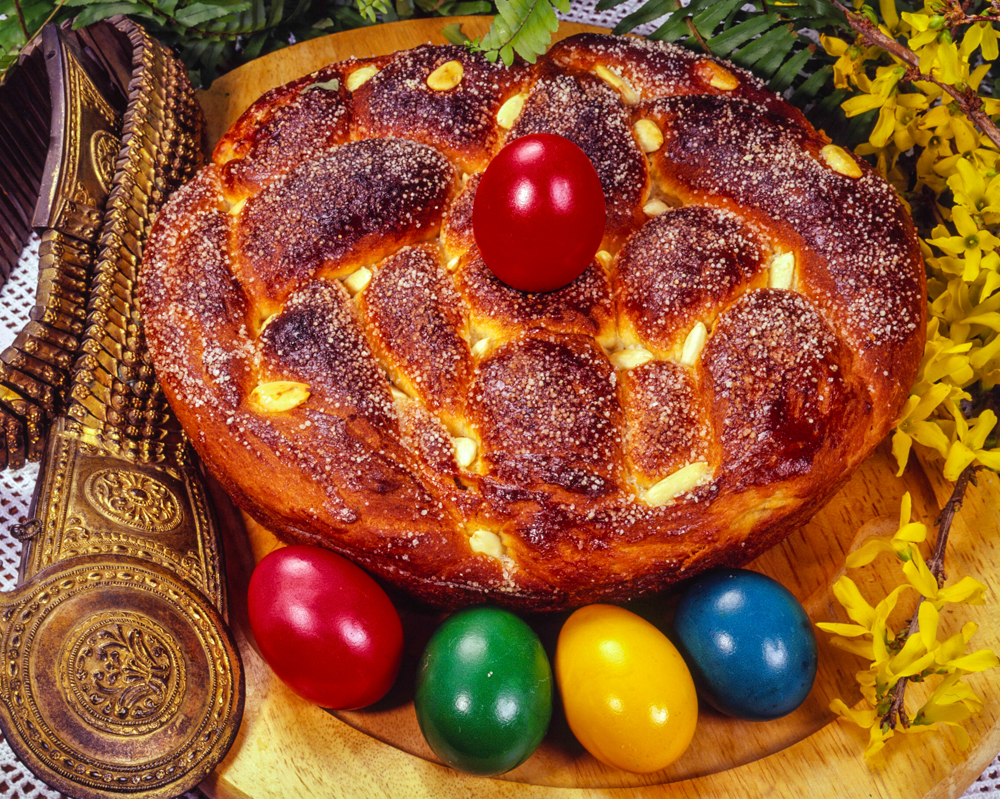 In Bulgaria, no Easter is for real without coloured eggs and aromatic kozunak

In 1956, Chudomir, one of Bulgaria's finest satirists, wrote in his diary: "Sunday, 6 May. Both Easter and St George's Day, but there are neither roast lamb nor red eggs at home. Traditions are fading away, the nice old feasts are being forgotten, disappearing with our generation." Just a few days before this entry, a young and seemingly harmless politician, Todor Zhivkov, had replaced Stalinist dictator Valko Chervenkov as the head of the Communist Party. The years of Stalinism, with its disregard for traditions and religion, were over, but people had yet to feel the change. Hence Chudomir's pessimism on the future of Easter.

He had no need to worry. Easter is now widely celebrated in Bulgaria.

In reality, under Communism, it was the food – the lamb and the red eggs Chudomir is talking about – which kept Easter, the biggest religious feast in Bulgaria, ahead of the tide of state imposed atheism. Attending Easter Mass was still discouraged, but people continued to eat the traditional sweet bread and crack the coloured eggs. Lamb was rarer, as it was an event to find it in the shops.

For many Bulgarians today, Easter food remains the main part of the feast, a time of overeating and overindulging.

In the past, however, Easter food belonged to a system of traditions and rituals, repeated for generations. As soon as the midnight church bells rang out and the priest announced "Christ Is Risen," people would go back home thinking of one thing: the 40 days of Lent fasting, during which devout Christians abstain from meaty food and drinks, were over. You can imagine the excitement with which the cracking of the coloured hard boiled eggs in the first hours of Easter was anticipated, and later in the day there would be roast lamb.

Traditional Easter food is rich in symbolism. The lamb represents Christ's sacrifice, lavish bread with intricate designs symbolise the revival of nature, and eggs, the colour of Christ's blood, epitomise the idea of rebirth. A legend tells why they are painted red. After the Resurrection, the three Marys met a woman carrying a basket of eggs to the market. She dismissed the news that Christ had risen with indifference: "It is as true as my eggs are red." But then, lo and behold, she looked at the eggs and they were all perfectly red.

The tradition of egg colouring perseveres in modern Bulgaria. Usually, they are coloured on the morning of Good Thursday. According to the rite, the lady of the house should rub the first red egg on the cheeks of the children in the family as this will bring them health. This egg is later placed by the family icon; on the following Easter it would be broken and, if it was rotten, bad luck awaited the family, but if it was okay, the family would have a good year. 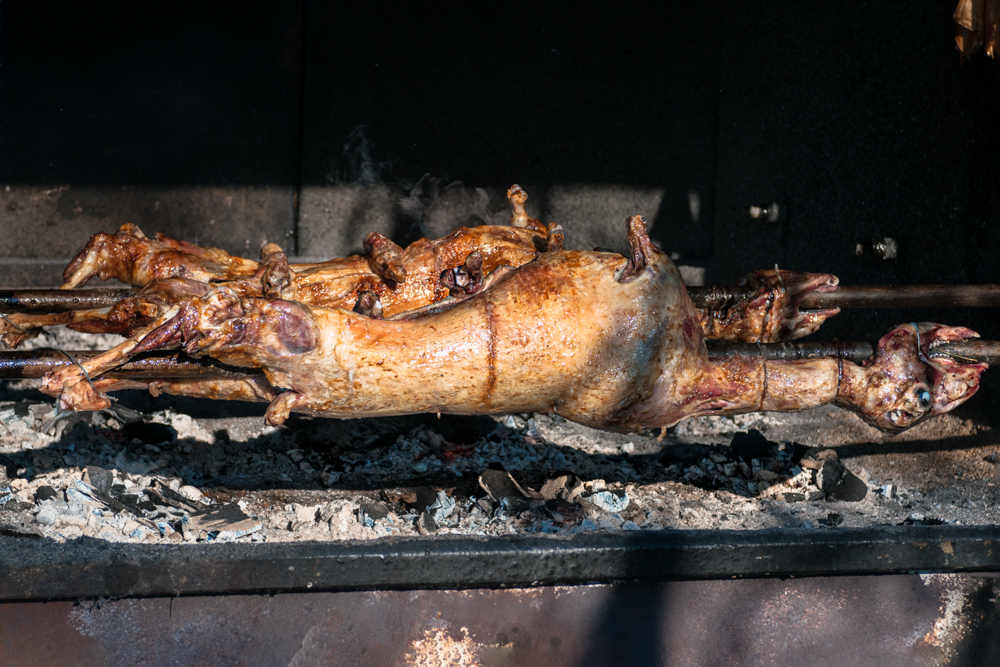 Egg fighting, which starts in the first hours after Easter and continues until there are no eggs left unbroken in the house, is a favourite Bulgarian tradition. Whoever has the hardest egg will be, again, healthy throughout the year.

Traditions are traditions, but Easter food has changed. It has been modernised. Few people would now slaughter the best lamb in their flock as a sacrifice for Easter: Bulgarians have butcher shops and supermarkets instead, often selling overpriced meat for the feast. The eggs, which used to be only red, are now in all the colours of the rainbow and beyond, although there is a current movement for using only natural dyes.

Easter bread underwent the biggest change. The elaborately decorated breads of the past are no more. They have been replaced by kozunak, or sweet bread. A French invention, sweet bread kneaded its way into Bulgaria at the beginning of the 20th century. It is now one of the culinary pillars of the feast. Every year before Easter Bulgarians partake of long discussions on whether to bake or to buy their sweet breads. The home-made option is enticing, as the baking fills the house with a wonderful sweet aroma, but kozunak is a delicate thing, and failure always lurks behind a countertop corner, ever in the kitchens of experienced bakers. The difference between ending up with a fluffy, aromatic sweet bread and something with the look and consistency of a brick with raisins is egg-shell thin.

Ready-made kozunak is also risky. The supermarket stuff is uninspiring at best, and one has to order days in advance if they want the gluten-free, or extra-almond and ultra-chocolate kozunak that fancy bakeries produce and advertise on Facebook. For several years we at Vagabond have stuck with a local Turkish baker, who never fails to deliver, and works even on Easter.

Preparing your table for Easter could be a challenge, but if your eggs do not crack or turn violet instead of red, if the kozunak is okay and the lamb does not cost as much as your monthly mortgage payment, the result is tasty, satisfying and lasting. Until next Easter, at least, when everything will start all over again.